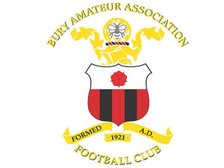 Despite a valiant effort , Bury lose out to Chadderton

Manager Tom Styles was full of praise for his players as they bowed out at the semi final stage of the Harry Jack cup after an epic cup tie against Chadderton Cottage FC
Despite missing a few regular starters Bury were full of confidence going into the game on the back of several recent good performances
Bury lined up with Tressman in goals and a back four of Irving, Bowman, McMahon, Chesters the midfield consisted of Victoriano, Moores and Flint and Boswell , Murty and Paul up front.
On the Wright Robinson artificial pitch the game started slowly as both sides gave each other the respect their deserved as both defence's gave little away in a goalless first half, with Irving having to be replaced by Hughes early on because of illness.
The second half exploded into life as Chadderton went one nil up when Bury failed to clear a corner kick and soon after they doubled their lead as the league champions started to dominate the tie, Bury rang the changes and on came Sharpe, Buckley, Boland and McNeil as Bury searched for a foot hold in the game and Moores came up with goods , poking in a close range effort after 65mins
Bury were now starting to make chances and were unlucky firstly when Victoriano was upended in the box but the referee waved play on and secondly when Murty produced a great save from the Chadderton no 1 with a well struck shot from 20 yards
Just as in seemed a matter of time that the equaliser would come Chadderton broke free down the right and with goal at his mercy the Chadderton forward regained their 2 goal advantage
This took the wind out of Bury's sails as Chadderton seemed to be heading for the final but again the Bury boys would not lay down without a fight and this time Murty made no mistake blasting home to make the score 2 - 3 with 5 minutes left
Bury threw everything in an effort to score but found the Chadderton defence holding strong
With virtually the last kick of the game Chadderton scored their fourth of the afternoon with a neat finish and securing a final place but knowing they had been pushed every inch of the way.
A great advert for amateur football with both teams playing the game in a hard but fair manor
Good luck to Chadderton in the final on Thursday night
Bury can reflect on a season that has seem Manager Styles compile a competitive squad that will be strengthened next season and will looking to fight for silverware on all fronts
Share via
FacebookTwitter
https://www.buryamateurafc.co.
Recent news